Publications may be purchased or downloaded (for free) via  shop.balticcycle.eu 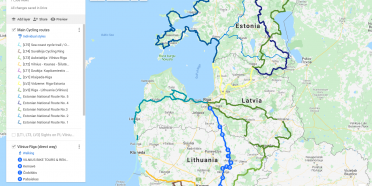 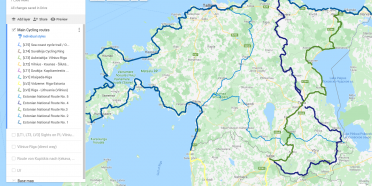 < h1>Riga-Tallinn by bicycle [LV2/EE1] Riga-Paernu-Tallinn (via the Islands)On this route you will see: Main sights Riga Sigulda / Gauja ...
Read More 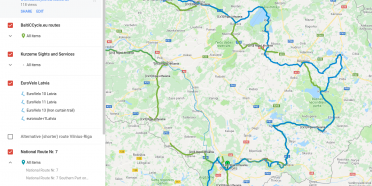 RouteMap https://cycling.waymarkedtrails.org/#route?id=269985&map=8!56.3598!25.9026 you may  order the paper version of the booklet on shop.balticcycle.eu here: http://www.balticcycle.eu/shop3/special-guides-and-maps-for-cycling/8-riga-vilnius-by-bicycle-english.html This is the LATVIAN part of the ...
Read More 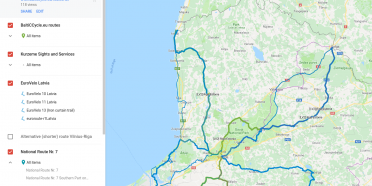 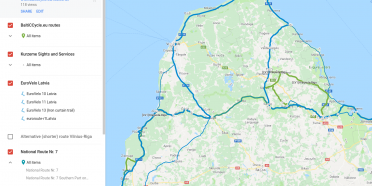 [LV1] Riga-Klaipeda On this route you will see: This route gives you one of the best impressions of the diversity ...
Read More 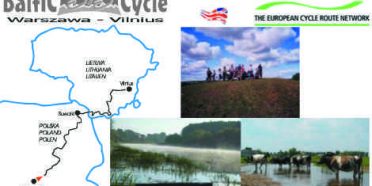 [LT1] Warsaw-Vilnius by bicycle On this route you will see: The National Parks in the Lithuanian and Polish border regions, ...
Read More 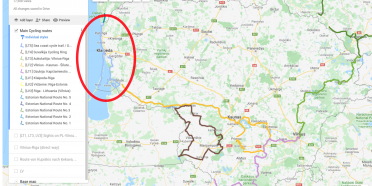 Breathtaking views of the colossal sand dunes on the Curonian Spit – one of the treasures of UNESCO‘s World Heritage ...
Read More 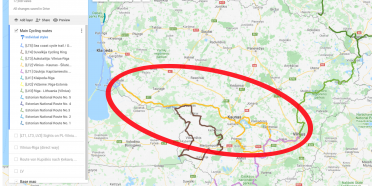 Pictures of this region [LT2] Vilnius-Kaunas-Klaipeda: The Nieman Cycle Trail / der “Memelradweg” {{picLT2}} First of all I have to ...
Read More 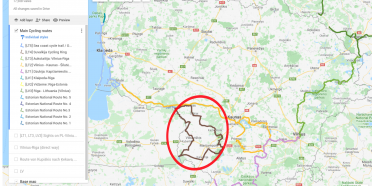 The full texts and the cycle guide are available in German only  (see on the German page) Bicycle Route in ...
Read More 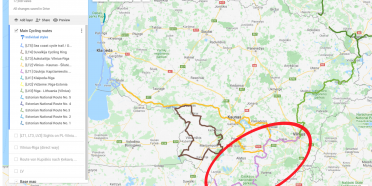 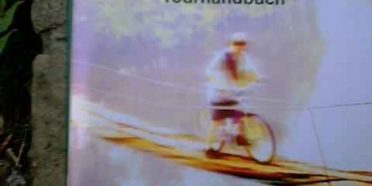 ORIGINAL TEXTBOOK / Tour GUIDE  PLEASE KEEP IN MIND THAT MANY SERVICE INFORMATION CHANGED MEANWHILE . HERE WILL BE AN ...
Read More

Main routes on a Google map