Skip to content
Contents hide
1 Back to the USSR
2 Sites on the route
3 Catering
4 Tour map
5 We can provide you with:
6 Fee for the organised tour (Guide, bicycle, water) – 25 EUR
7 Only in request!

Description:
it is a good simple possibility to see a bit more of the city than “just the old town”… Follow the Gedimino prospekt from the Cathedral via former “Lenin square” (with the KGB museum) to the parliament (and the monument for the barricades of 1991), cross the bridge to the wooden house quarter of Žvėrynas and look around a bit. Then cross the pedestrian bridge to Vingis park. Follow the road right to the Open air stage (where the famous song festivals use to happen). You might have a break in the famous open air cafe Lakštingala (Nightingale). Then follow the low traffic Čiurlionis Street right back to the city centre.

2)  Palace of the Grand Dukes of Lithuania
www.valdovurumai.lt

5) Government of the Republic of Lithuania

8) The Museum of Genocide Victims
www.genocid.lt/muziejus

10) Parliament of the Republic of Lithuania

19) Church of All Saints

23) Orthodox Church of the Holy Spirit

Back in the USSR – by bicycle to the TV tower!

The unique opportunity to see by yourself how many traces the Empire of Evil (©Ronald Reagan, President of the USA) left in Vilnius.

The tour takes us out of the centre visiting buildings with a glorious Communist past uphill to the 326.5 metre (1071 feet) high Television Tower, built 1974-1980. It is a special occasion to visit the Lazdynai district, awarded the Lenin Prize for All Union Architectural Design in 1974 for being the most beautiful modular house district in the whole USSR… 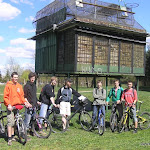 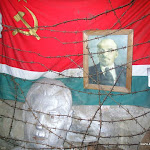 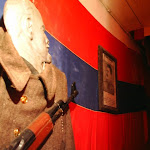 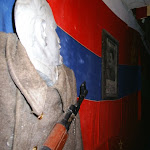 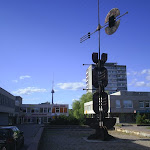 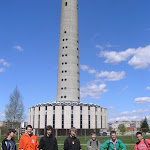 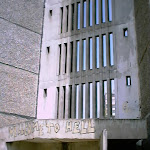 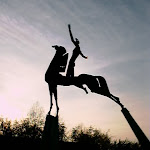 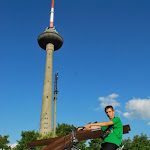 Back to the USSR

This tour only on request – but daily possible!Back in the USSR – by bicycle to the TV tower!similar to “All sides of Vilnius” velo city tour, but 1 hour longer and more difficult.

Sites on the route

The tour route is on the “Bicycle route map of Vilnius”.

It is not the easiest tour, but you are welcome to do it own your own!

Just with an organised tour, you’ll find some more secrets…

We can provide you with: